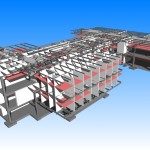 I used AutoDesk Revit to create a BIM model of the Bellevue Community College project which was later used for 3D MEP coordination as well as in the field through integrated work plans. 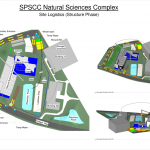 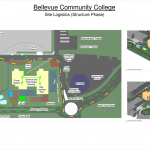 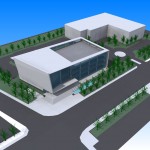 As part of a design build team I assisted the project architect by creating a 3D Revit model from conceptual design drawings. Construction site logistic information was then later added to this model. 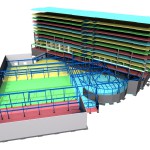 I was responsible for modeling the structural concrete model of the Tulalip Hotel Expansion project using Autodesk Revit. This model was then integrated with a structural steel model, shown in blue, which was provided by the steel detailer on the… 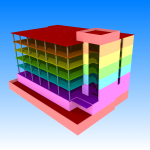 I used AutoDesk Architectural Desktop to create a business development structural concrete model. The image below shows the model overlayed with the architect’s SketchUp model. 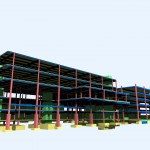 I used Autodesk Architectural Desktop 2006 to model the steel and concrete structure of the Everett Community Cancer Care Center project. 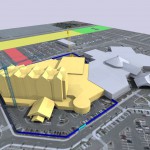 I used SketchUp to create a site logistics model of the Tulalip Hotel Expansion project. The model was used to communicate the plan for routing traffic, storing materials, and otherwise allowing the existing Tulalip casino to continue operation without interruption…