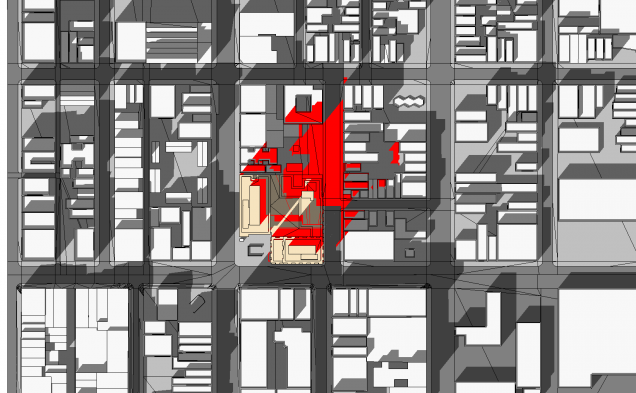 The shadow overlay script is a script for Photoshop which can be used to identify and visualize new shadows created by a proposed project. The script takes images of existing shadows and projected shadows and highlights the areas where new shadows will be created by the proposed building(s).

For example the following existing and projected shadow images combine to create the image above. New shadows created by the proposed building are highlighted in red. 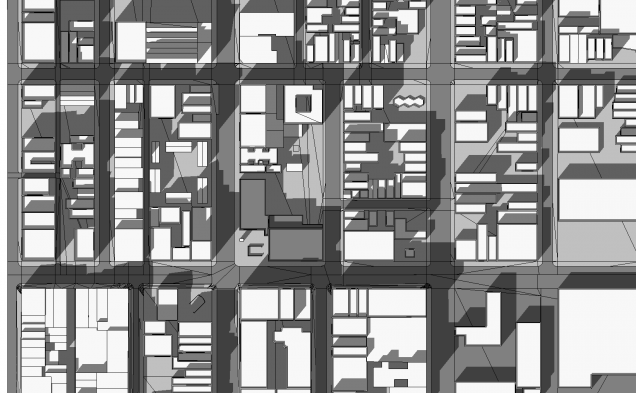 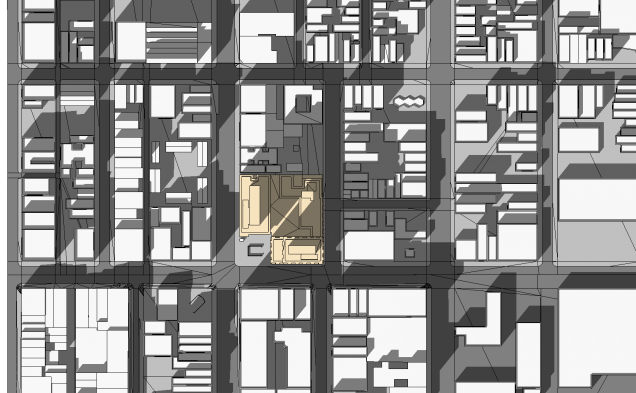